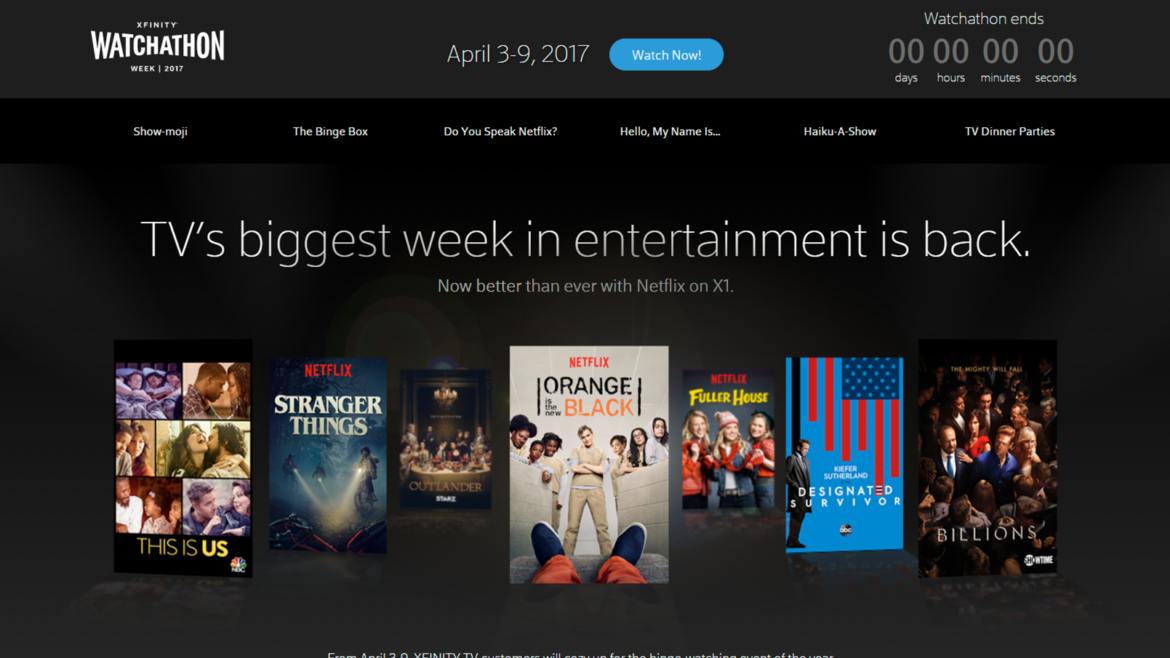 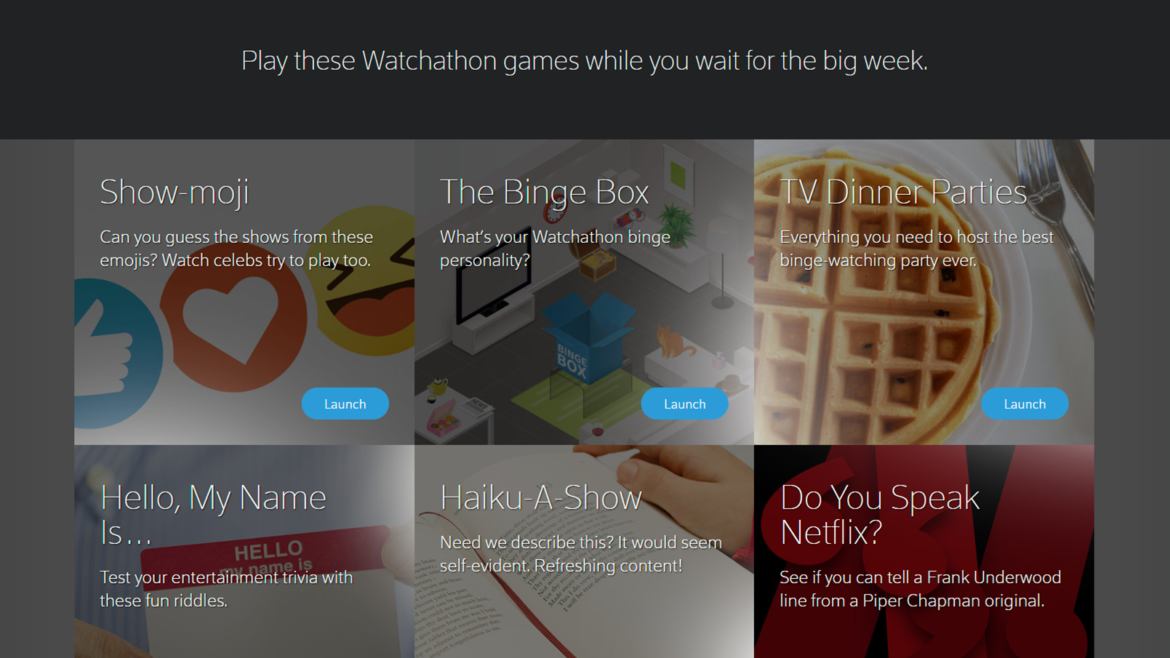 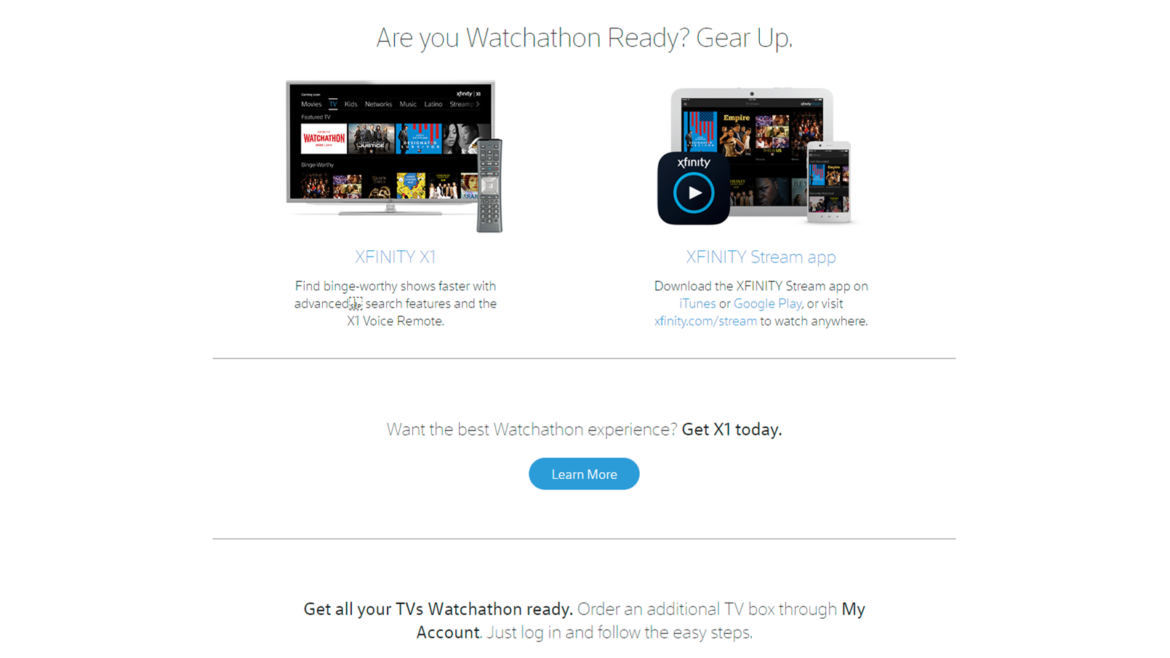 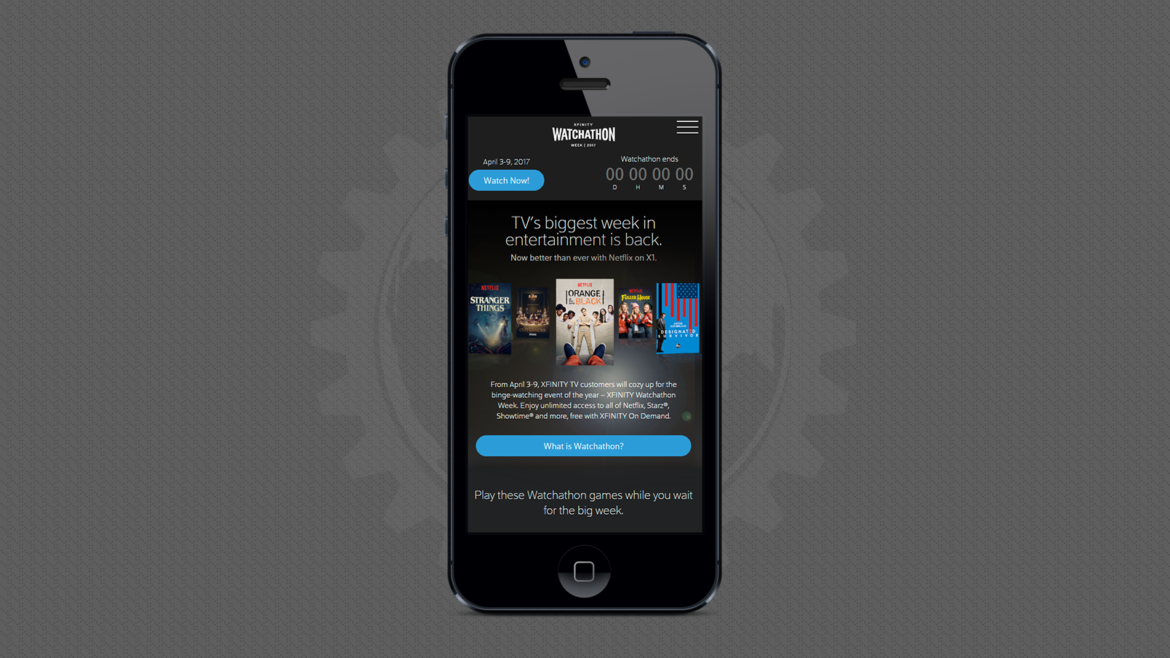 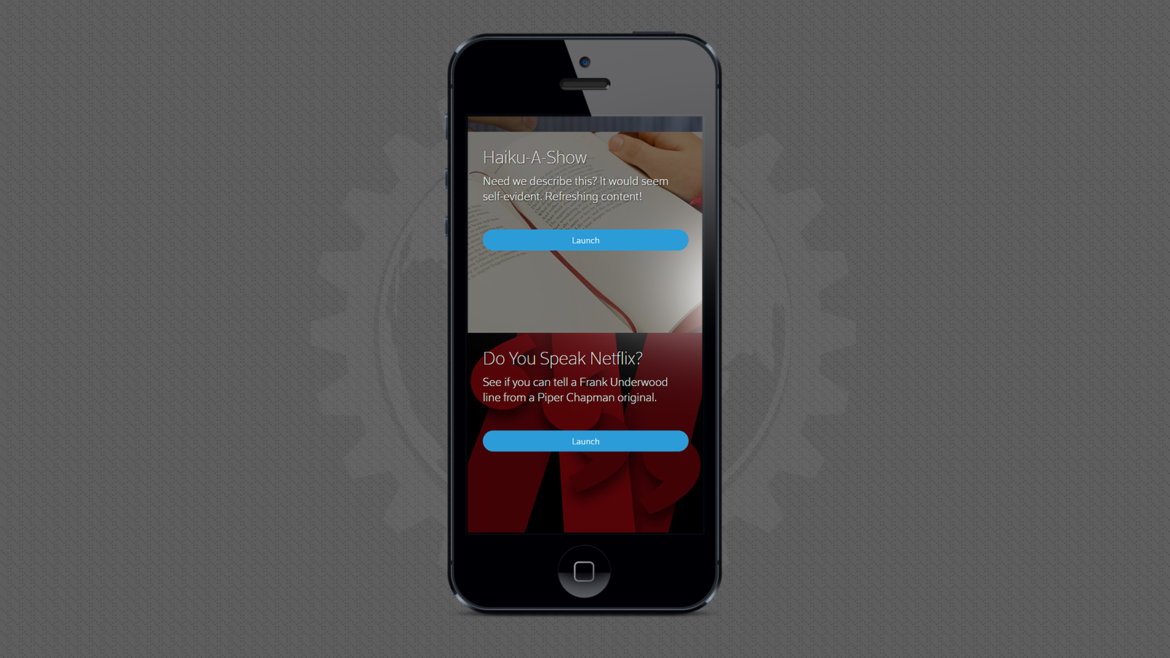 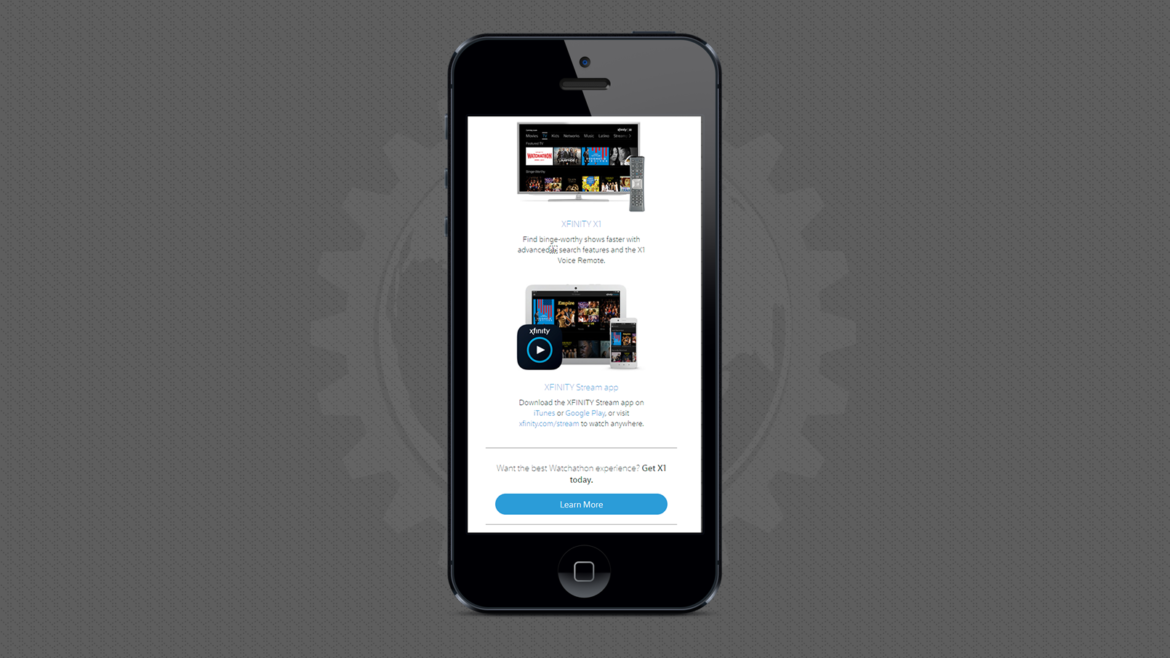 In 2017, my employer was asked by Comcast to handle the website and marketing for the upcoming XFINITY Watchathon event that year, and I joined a group of developers  in what would be an all-hands-on-deck collaboration with every team in the agency to deliver a content playground for XFINITY customers. I contributed some structural work to the home/landing page of the site which would later be viewed by 445,000 users during it’s two-week presentation. The site included multiple games made entirely from Javascript/XML/PHP/and CSS which I contributed some development and conceptualizing to, and stands as one of my most widely viewed projects to date. The site could also be accessed by XFINITY customers using smart TVs and had to be coded accordingly.

Demo version of the site available upon request.